The video: “The Boys of Summer” by Don Henley. 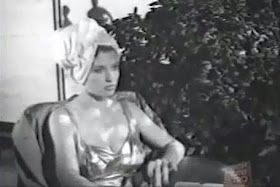 Though in the video for only a fleeting moment, Carol is memorable. And the video is so memorable that it is the first and only one in this series to be featured a second time.

How old were you when you appeared in the “Boys of Summer” video?

I was living in Milan, Italy and visiting in L.A., where I grew up.

I was modeling in Milan at the time, doing commercial and print work. 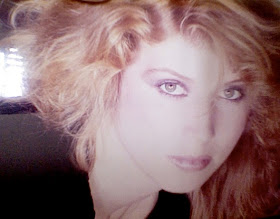 This may be the only photo Carol has from the 1980s. She lost
her modeling book when she moved back to the U.S. 16 years ago.


How were you cast in the “Boys of Summer” video?

I was working in Jeff Ayeroff’s office at Warner Bros. for a few weeks over the summertime and met [director] Jean-Baptiste Mondino. I am not certain how it all happened, but I think Jeff may have suggested to Jean-Baptiste that he consider me for the girl by the pool.

Yes, I was very surprised.

Where was the video filmed?

The video was shot on location and on stage. The pool scene was shot at a home—I believe on Blue Jay Way in the Hollywood Hills.

How long was the shoot?

How did you feel making the video?

I was extremely flattered and surprised that I was cast!

My participation was minimal so nothing was difficult. I remember that I was nervous about fitting into the gold lamé bathing suit. The costume designer, Katrine, was very kind and reassuring. :)

How was it to work with Don Henley? You don’t appear in scenes with him; did you meet him?

I met Don Henley the evening they were shooting the scene where he drives in a convertible down Hollywood Boulevard. I was with the producers of the video and we said a quick hello.

What do you remember about Charlie Hawke, the man on the beach?

We were not on the same shoot day. I remember that I loved the footage of Charlie and Claire running on the beach in the opening shot of video. The imagery was beautiful!

At the Blue Jay Way location, the parking brake on the grip truck went out and the truck went rolling down the hill. Luckily, they were able to stop the truck and nobody was hurt.

Not that I knew about.

I love the video. It brings back a series of great memories.

My parents didn’t know much about popular culture, but they did know who the Eagles and Don Henley were.

What did your friends think of it?

Friends were excited. The song was on the radio nonstop and it was an iconic video shoot to be a part of.

Were you at the MTV Video Awards when the video won a handful?

I believe I watched the awards when I was back in Milan. I remember the Warner Bros. producer, Randy Skinner, on stage accepting the award for Best Video [Video of the Year].

Not really. I was engaged when the video was shot.

Did you receive fan mail?

Not that I recall, but it drew a great deal of attention for the fabulous director.

Were you ever recognized in public?

Yes, I was in the Pat Benatar “Sex As a Weapon” video. I was the nurse. 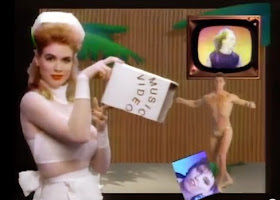 No one comes to mind.

I went to Immaculate Heart College and then transferred to UCLA. I studied sociology and Italian film.

I worked for the Italian Film Commission for 12 years, produced wine/culinary tours with the chef and radio host, Evan Kleiman, and now work for Barbara Kraft Communications, a boutique PR firm in the visual and performing arts. I am also starting a concierge business (site is a work in progress) for visitors to Los Angeles. 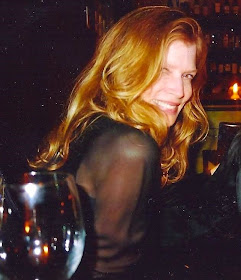 I live in Venice, California, with my fiancé and our two dogs.

What was your future husband’s reaction when he learned you were in this video?

My [former] husband thought it was great. He was in Italy during the shooting of the video but heard about the shoot through our friends. My daughter took care of informing my fiancé about my role in the video.

Tell me about your kids.

My 20-year-old daughter thinks it’s a hoot. She pulls the video up on YouTube every once in a while and has shown it to each and every one of her friends!

I thought you had the wrong person.

Has anyone else ever interviewed you about this?

Have you appeared at any fan conventions to sign autographs?

No. I can’t imagine that anyone would want my signature for such a minor contribution to the video.

Did you stay in touch with Don Henley or anyone else from the video?

Yes, I am in touch with numerous people from the shoot, though not Don Henley: Randy Skinner (the record company producer), Jeff Ayeroff,  Lydia Sarno (who has worked with Jeff for the past 25 years), and David Naylor (who was also in the video, a businessman). The director Jean-Baptiste I last saw in Los Angeles about nine years ago.

This summer. They are all friends of mine.

How do you look back on the experience? 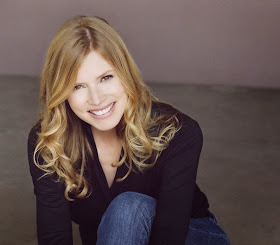