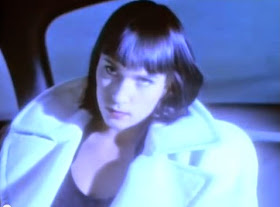 How old were you when you appeared in the “Father Figure” video?

I had just moved out to L.A. from Milan, though home was England. I was in L.A. for eight years.

I had done quite a few, but none on the scale of “Father Figure,” where I was the lead. I’d done the Stones, Kid Creole and the Coconuts.

How were you cast in “Father Figure”?

I don’t really remember. When it came down to it, there were two of us left. You’d not meet [others in the running] till the end. The other girl was much shorter, blond—completely different look than me. 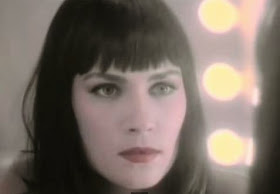 In those days, you just rolled from one job to another.

Were you a fan of George Michael’s music?

Not particularly. I certainly became a very big fan afterward, and not only because of the video.

How did you feel making the video? Anything stand out?

It was very exhausting. It was the first time I’d met George. He was sweet, brilliant. For some reason, they asked me if I could use my own wardrobe. The Winnebago that I was using [as a trailer] got robbed one of those nights, during the shoot. That [distinctive] white coat was the only piece that didn’t get stolen, probably because I was wearing it at the time. I remember seeing the Winnebago smashed to bits. That created a hoo-ha. Just yours was broken into?

I think it was just mine.

It was a very big shoot, downtown L.A. It was 3-4 days—longer than usual. Heavy schedule. George was in it very little, in a way. I had no idea the extent I would be in the video. I had not seen the storyboards. Barely slept, I remember. 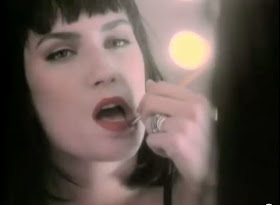 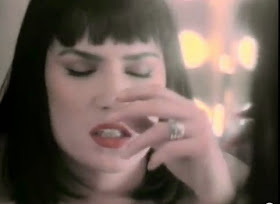 How was it to work with George Michael? What was he like?

He was great. A very intelligent, witty dude. I adore him. At the time, he was in that period of revealing himself as a gay man. It was a sensitive time.

You knew he was gay?

Yes, from getting so close. Getting to know him over those few days, he was clearly gay to me. I think he probably had to dig pretty deep to get through those love scenes. I remember it being quite tricky for him but we got through it. We had to kiss again and again…“take 37.” (laughs) We had to do the scene where he slaps me again and again. I had to say “George, just kiss me properly so we can get out of here!”

You could just tell he was gay—he didn’t say?

It was perfectly clear.

It was so long ago. Little bits and pieces.

Andy Morahan shot it…here’s an interesting story for you. A very long cut of it was produced…I think a 20-minute version was done? I don’t know if I’ve even seen that. At the time, I had been with Tony Scott for some five years. He wasn’t sure if he liked the idea of me being in a love scene if he wasn’t involved—so he shot the love scene. Just he and George and I there. You can notice a change in the way the film rolls.

What did Andy say about that?

I can’t remember. Andy was a friend. I think it was fairly amicable. Perhaps the collaboration was not a bad idea anyway. We were quite a high-profile couple in those days.

Interestingly enough, at the time, I hated it. I was never particularly fond of anything I’d done. I never did enjoy watching them. What was interesting about it—having the model being such a major part of the video.

I did quite a lot of racy stuff in the ‘80s. I worked with Helmut Newton. I was often half-clothed looking suggestive, in a sophisticated way. I think it might have been hard for them to stomach. I remember my father had a hard time with the press ringing him up. For the next six months to a year after the video came out, I did press with George. The press would say I was his girlfriend. Very obvious cut-and-paste [i.e. fake] jobs of me on a beach with George. It upset my father that I was supposedly going out with George but hadn’t told him.

I guess in a way. Most people seemed to know. I didn’t have many relationships after Tony—one more and then I married my husband. It became a big part of my modeling career. It marked my chart as a video vixen.

It created a lot of controversy over here. In fact it was banned in England because of the abuse of women aspect—the slapping. Shown only late nights. A cut that could be shown in England was done. I can’t remember it straight. 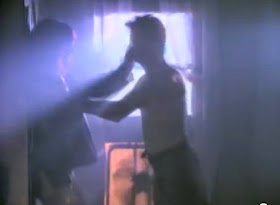 Was that a typical fee for a video?

Were you recognized in public?

It became so huge. It positively took over my life for a while—the impact of it worldwide. I remember going into a music store in Venezuela and seeing it play on a huge screen on the wall. You never think people will associate it with you but I was getting mobbed in the store. People today would say it was going viral. Very iconic. In terms of screen time it was one of the biggest things I did in a way. People recognized me especially in Heathrow Airport. I got rushed through the airport being mobbed by young kids. I threw blankets over my head. People recognized me from it for years after.

The boyfriend of one of my girlfriends recently said “You caused a stir when we were all at school.” He’s about 10-15 years younger than I am and was about seven when the video came out. 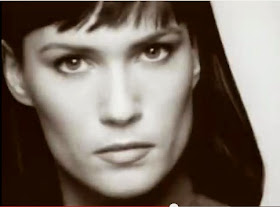 Nothing on the scale of this one.

Not necessarily. It was part of our careers, all of us. I did a lot of commercials. My market was much bigger in motion picture—videos.

I was at Fine Arts College in London. Art history and drama.

Beautiful and interesting project that I’m working on: designing Indian jewelry. My partner is Indian. I spent a lot of this year abroad. Polki Jeune is the name of the company. Polki is a type of diamond setting.

I saw that you and your husband run/ran a chocolate company?

Yes, they did two TV shows about it here. I moved to Venezuela with my husband [Willie Harcourt-Cooze] and bought a chocolate farm. My husband and I divorced after 17 years, sadly. He still runs the company Willie’s Cacao. Available in lots of boutique shops and countries, but I don’t think the U.S. yet. 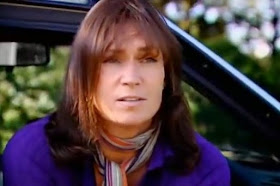 Outside of London in a really cute village called Marlboro, like the cigarettes. But it’s a very smoke-free zone. (laughs)

If you are/were married, what was your future husband’s reaction when he learned you were in this video?

He knew about it. It was a strong part of my career.

It’s fairly raunchy and they were little till not long ago. Four or five years ago, a director friend Jake Narva was over and he showed them! All the kids sitting around the kitchen table. They were all horrified. “When was this? Where was dad? You kissed that man!”

I’m always pro people documenting these things. I thought good on you for putting this together. I was very happy to try and help out. [MTN: I absolutely love that Tania shares my sentiment on the cultural importance of preserving stories like hers.]

Has anyone else ever interviewed about this?

Not about this video.

Have you appeared at any fan conventions to sign autographs?

Not specifically, not planned. I’ve signed autographs through my life—like that time in Caracas.

Yeah, of course I would.

Did you stay in touch with George Michael? 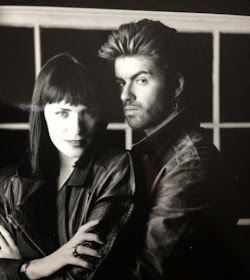 Yeah. I haven’t seen him this year but do see him. He’s a loyal, cool guy. A group all stayed good friends over the years—George, Kathy Jeung, me.

How do you look back on the experience of this video?

A great experience. A real taste of something different. The worldwide impact was fascinating.