The video: “Missing You” by John Waite. 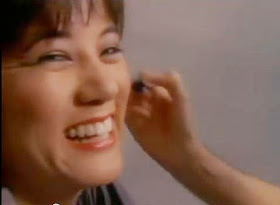 How old were you when you appeared in the “Missing You” video?

I think prior to that I had performed in stage shows, but not sure of when I started getting TV and movie roles. 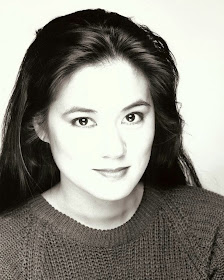 How were you cast in “Missing You”?

I auditioned for the role through my agent.

I was really excited since this was my first main role on video.

Had you heard of John Waite?

I actually had not heard of him. I was told he was in a group called Babys and this was his first [release] as a solo artist.

Where was the video filmed?

It was filmed in downtown Los Angeles, if I remember correctly.

How long was the shoot?

I think my part was maybe two days. The first day was a very long day and a long night. I think I came back for a second day, but my shoot on the second day did not take that long. I remember hanging around after I was finished shooting to watch them shoot John Waite perform the song in a nightclub. The stage was black and there was just overhead lighting on him. They show that scene at the end of the video. I loved watching him perform in that scene. I became an instant fan of his.

How did you feel making the video?

I had a wonderful experience with the whole process. John was very nice to me and I felt comfortable working with him. Kort [Kort Falkenberg III], the director, was wonderful to work with as [was] everyone else involved with the production, from hair and makeup, costuming, and the crew. 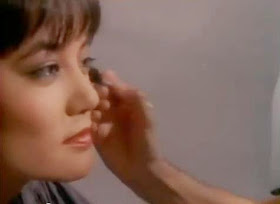 There is a dinner scene where we are breaking up and I am supposed to be crying. This was the last scene that we were shooting for the night (I think it may have been early morning by this time). Everyone was so tired…the crew especially, [since they] had been there since early morning. We all just wanted to wrap for the day, but we had to finish shooting the scene.

My eyes at this point were like a desert, they were so dry. I felt so bad because I was keeping everyone there and everyone had to be back the next morning. I remember going to the bathroom and putting water on them. Someone told me to think of my pet dying. Someone suggested getting an onion to make my eyes water. Believe me, I was so tired that I wanted to cry.

How was it to work with John Waite? What was he like? Did he hit on you?

I don’t remember any funny stories. But I do remember sitting and talking with John between takes during the scene where I was wearing a teddy and jumping out of the closet onto him and we fall back on the bed. I had a bathrobe on until we were ready to shoot. I remember him asking me if I felt uncomfortable having to wear just the teddy.

I don’t remember anything going wrong in the scenes that I was in.

I loved it. I loved that song and still do every time I hear it. 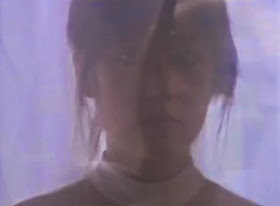 I don’t really remember what my parents thought of it. I know they were proud of me whenever I was in a show and always came to my performances.

What did your friends think of it?

They all loved it. In 1984, it was in heavy rotation on MTV. I remember my friends telling me that they were waking up to me and going to sleep watching me.

Did you watch the MTV World Premiere of the video, and if so, where and how did that feel?

Okay, now you are really testing my memory. I probably watched it with the director and the producer, but I don’t really remember. If it premiered in the summer, then I would have been working doing summer stock at Sacramento Music Circus in California.

I don’t think it did. I didn’t really tell people unless they asked if they would have seen me in anything [after] I told them I was an actress/singer.

Did you receive fan mail? If so, do you still have any of it?

I have received fan mail, but I don’t think it was from the “Missing You” video. I don’t think there are any credits in the video.

I don’t know of any controversy from the video.

I don’t remember. I was happy to be working and earning a paycheck.

Were you ever recognized in public?

I was in a department store and the sales girl said that I looked familiar to her. I asked her if she had seen the “Missing You” music video and she had. I told her I was the girl in the video and she thought I was John Waite’s girlfriend in real life. That happened back in ‘84 or ‘85. That actually happened more than once where people thought I was his real-life girlfriend.

Another time I went back for my high school’s 10th reunion and I won a prize for being in the music video. On that same trip home, I was at a bar with a friend and they were playing the “Missing You” video. My friend told the bartender that I was the girl in the music video and he didn’t believe it at first. (I come from a small town.)  He wanted to know why I would be there if I had been in the video. 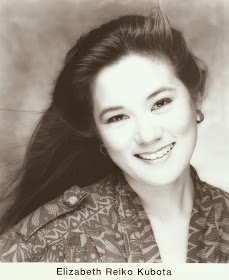 I was friends with the late Carl Anderson; after “Missing You” became the #1 music video for 1984, he asked me to be in his next video, “Can’t Stop This Feeling.” He thought I would be good luck. I had a small part as a geisha.

I was also in a Jeff Beck video. The premise of the video was an audition for his music video. I was one of many, sitting waiting for my turn. Again, I appear in spanning shots, so my face time is brief. It was a fun shoot, though, because they had well known celebrities auditioning singing while Jeff Beck played the guitar. He was amazing to watch play. Marilyn McCoo and Donny Osmond were a couple of the celebrities who sang. Dr. Joyce Brothers also has an appearance where she’s talking while she’s waiting for her turn.

I appeared in a children’s music video by Together Again Productions called “Good Night, Sleep Tight.” That was part of a series of VHS videos that you [could buy].

The last music video I was in was a karaoke video for George Harrison’s “Something.” That would get played at karaoke bars in the late ‘80s/early ‘90s.

I met Courteney Cox on her TV series Misfits of Science. I played a nurse on one of the episodes and was in two short scenes with her.

I received a BA in Theater Arts from UCLA.

Our youngest daughter is now a freshman in college, but we still have two dogs at home. I am keeping busy with various projects and going to parents’ weekends at both of our girls in college.

If you are/were married, what was your future husband’s reaction when he learned you were in this video?

He liked the video so I guess he was impressed. I don’t really remember.

How many kids do you have?

They all like it. My youngest told her teachers and friends in high school and they watched it on YouTube.

I wasn’t quite sure what to think. I have warned my girls to be careful what they post online because you never know who may see it.

Has anyone else ever interviewed you about this?

Have you appeared at any fan conventions to sign autographs? If not, would you?

No, I have not and probably would not now.

Did you stay in touch with anyone from the video?

I did stay in touch with the director.

I moved to New York a few years after the music video and lost touch.

How do you look back on the experience?

It was a very positive experience and one I feel fortunate to have had.

It has always been a conversation piece for my family. I have the VHS copy, but now my girls can bring it up on YouTube and show their friends.